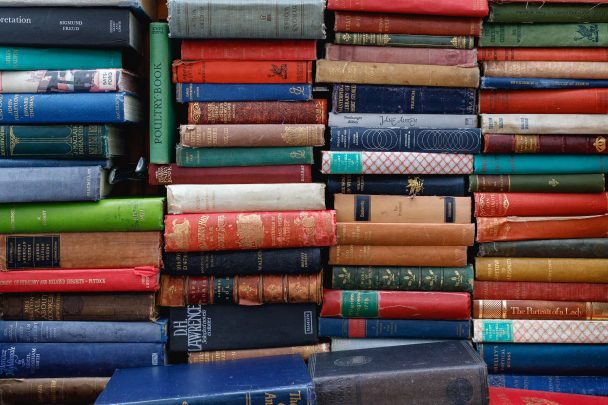 Books have been used in the classroom for many years- and there’s a reason why. A very powerful tool, books are able to not only narrate magnificent stories but leave your students developing new skills that will carry them into every aspect of life. For younger students, books introduce new vocabulary and shows the importance of really listening, not just hearing. For older students, books increase self-confidence, the ability to reflect individual character and a wider critique of the place we live in. Here then, are 20 lifechanging books to read in the classroom, as the right book can, quite literally, change your student’s life.

This story recounts a little girl and the ways in which she loves her mom’s khimar as it gives her courage and strength. A beautiful tale that illustrates unconditional love and the differences between us worth celebrating as it brings us together.

When Grandma Gives You A Lemon Tree by Jamie L.B. Deenihan

This story follows an upset little girl as she receives a lemon tree for her birthday, but then she soon finds the beauty in her present as she learns patience and the invaluable gift of giving to others

A dog named Douglas finds out he needs glasses. After countless efforts of denying his bad eyesight, he comes to realize how glasses help him and don’t define him.

Here is a series about the adventures of a pig, Mercy Watson, who loves hot buttered toast. This is great to get your students starting to read longer stories and transition into chapter books.

The Miraculous Journey of Edward Tulane by Kate DiCamillo

A china rabbit doll is given to a ten-year-old girl by her grandmother. He goes on an unfortunate journey of his own, to later be miraculously reunited with the now grown up girl. Themes include loss and recovery, kindness and compassion, and the journey to self-discovery.

The Poppers have come into possession of a penguin! It’s not long before the whole apartment turns into an arctic bliss as loads of chicks are born. This is a great book to introduce children to the concept that a movie really was a book first.

The Poppers have come into possession of a penguin! It’s not long before the whole apartment turns into an arctic bliss as loads of chicks are born. This is a great book to introduce children to the concept that a movie really was a book first.

The Outsiders by S.E. Hinton

This coming-of-age novel focuses around Ponyboy, his brothers, their gang, and their rival group. This story grapples with the themes of prejudice and violence, and it teaches students morals regarding communities beyond their own.

Where the Red Fern Grows by Wilson Rawls

This story is about a boy who buys and trains two Redbone Coonhound dogs for hunting. As they become the best hunters in the Ozark, they encounter obstacles along the way which changes the stakes, while evoking raw emotions to the reader.

August isn’t your usual kid. As a result of his medical condition, his face is left disfigured and is bullied when he goes to middle school. A breath-taking quote that students can take away from this novel is ‘When given the choice between being right or being kind, choose kind.’

A Long Walk to Water by Linda Sue Park

This heart tugging book narrates the story of a refugee from South Sudan. This is great for teachers wanting to begin conversations on sustainability, consequences of war, and how one individual can make a difference to a global pandemic but also how to work together to solve problems.

The Hate U Give by Angie Thomas

This true-to-life story shows Starr Carter as she gets entangled in a national news story after she witnesses and speaks out about a white police officer who shot and killed her childhood friend. This book deals with police brutality and race relations.

Fish in a Tree by Lynda Mullaly Hunt

An uplifting story about a young girl with dyslexia and bursting with creative spirit. This novel will speak to anyone who didn’t fit in as it prioritises hope and braveness. “Everybody is a genius. But if you judge a fish by its ability to climb a tree, it will live its whole life believing that it is stupid.”

Number the Stars by Lois Lowry

This historical fiction book tells the story about the escape of a Jewish family from Copenhagen during World War II. It gives students a deeper understanding of a challenging subject to teach as this story is sure to become a part of them.

A timely book that explores the history of and present racism in America. This story tackles important social issues in an easily digestible way and will stay close to those who read it.

To Kill A Mockingbird by Harper Lee

Set in the fictional southern town of Maycomb, Alabama, this novel tells the story through Scout’s eyes as he witnesses racial injustice. Along with moral and spiritual growth, courage and integrity, innocence and experience, this novel still manages to be filled with warmth and humor.

Jay Gatsby is an idealist who just moved into West Egg as new money. Epitomising everything about the American Dream, Gatsby meets a sticky end as this lyrical, Jazz Age novel is a fine critique on wealth, class, and gender relations in 1920s America.

The Grapes of Wrath by John Steinbeck

This American realist novel follows the travels of poor Dust Bowl refugees during the Great Depression, as they flee westward to California. As they seek land, jobs, dignity, and a future, this novel deals with a variety of themes suitable for high-school kids.

This story narrates Orwell’s vision of a totalitarian future where society goes under mass surveillance and inhibits all people and behavior to thought crime. This is an awe-inspiring story that deals with state power, the nature of truth, and the power of propaganda.

From the same author of The Kite Runner, this story follows Mariam, an illegitimate child, as she faces the stigma of her birth and the abuse of her marriage until she is met with Laila who is comparatively privileged. An incredible novel on the topic of family and women in Afghanistan.