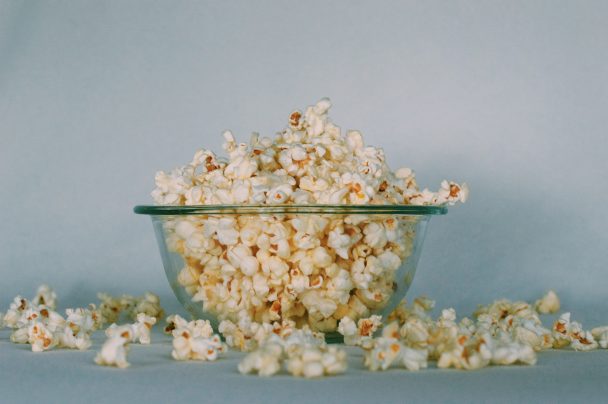 Whether you’re looking for a visual aid to support a lesson, or simply just wanting to engage students on a particular topic, showing a clip from a movie (or showing the whole thing!) is the best, most-effective education you can offer, for a source of inspiration and sparked discussion. Appealing to a variety of subjects, categorized by grade, here are 15 top picks that are sure to bring an enthusiastic boost to the classroom.

The Lego Movie. U

Transport yourself into the world of LEGO as you follow the journey of LEGO mini-figure Emmet as he saves the universe from an evil tyrant. This comical, 3D animated film is sure to bring out the engineer in all of us as the building blocks piece together to form resourceful solutions.

This Disney adaptation recounts the story of a 14-year-old robotics prodigy (Hiro) who enters his brother’s university robotics program fair with his invention of microbots. After disaster strikes, Hiro forms a band of superheroes to battle a masked villain. This shows how chemistry and engineering can help humankind.

Based on a true story, this inspirational drama film highlights female African-American mathematicians at NASA in the 1950s and ‘60s. While also shedding light on issues such as gender and race, this film shows the pivotal role these women partook in the U.S. space program.

The Sound of Music. U

Follow Maria in this musical adaptation as she leaves her Austrian convent and is sent to be governess to seven children of a naval officer and widower. Immerse yourself with the sound of music as Maria brings love and hope to the family as they find a way to comprehend their loss.

A film by Disney and Pixar, this animation sees elderly widower Carl and boy scout Russell go on an adventure to Paradise Falls by tying balloons to his house pulling them up. This heartfelt story about unexpected friendships deals with issues of urban sprawl and responsible stewardship.

The Phantom of the Opera. 12A

Based on 1910 French novel, and again from the 1986 musical, this musical drama film shows the story of a disfigured musician who lives beneath the Paris Opera House and obsesses over a young woman.

Directed by Baz Luhrmann, this Shakespeare tragedy is adapted and modernized to recount a forbidden love story between star-crossed lovers whose families are rivalries. This hip rendition retains its original dialogue in the modern suburb of Verona.

The Imitation Game. 12A

Follow a historical story where cryptologists and mathematicians are put to the test as they attempt to crack the German Enigma code during World War II, where one small error could have meant for disastrous consequences.

A true story about a robotics team from a lower-income high school that competed against university teams in an underwater robotics competition. This is an inspiring documentary bringing motivation and drive to anyone wanting to pursue their potential.

The first of the Jurassic Park franchise, this film shows a team of genetic scientists de-extinct dinosaurs to create a wild-life park for a wealthy businessman. Industrial sabotage results in a disastrous power failure of the park, leaving a group of visitors to survive the cloned dinosaurs and escape the island.

In German-occupied Poland, during World War II, a German businessman goes on a mission to save thousands of Jews from the Nazis. Together with his wife, they are able to save most Jewish refugees from the Holocaust, showing some humanity during this inhumane act in time.

This story recounts the life of African American woman, Celie, and the harsh realities of early 1900s America. As Celie struggles to find her identity after suffering abuse from her father and other men in her family, this shows a heart wrenching story dealing with the topics of racial prejudice and misogyny.

In this biographical adventure, Christopher McCandless abandons all his possessions and gives away all his savings to a charity so that he can head off to Alaska to live in the wilderness and experience what it is like to simply survive. As Christopher meets people that shape his life, we are reminded to value individuals around us.

A Streetcar Named Desire. 12A

An adaption of the play by Tenessee Williams, this film tells the story of southern belle Blanche DuBois as she moves in with her sister in New Orleans. As she is tormented by her brother-in-law, her illusion-filled reality comes crashing down and leaves her defeated.

A first-time teacher inspires her at-risk students to use writing as a source to talk about their brutal experiences of life. The students are encouraged to reach beyond their realities as they learn patience and the ability to strive for more and achieve.